There’s a lot of variation in when babies get their teeth. Sometimes they can even be born with teeth, and sometimes they can celebrate their first birthday toothless. They usually get their front teeth first, but it’s not unheard of to start with the corner teeth, making them look like a cute baby vampire.

The typical pattern, though, is that the bottom front teeth will come in first, at about 4 to 7 months old, followed a couple of months later by the top front teeth. (Watch out for nasty toothy surprises if you’re breastfeeding!) Make sure to get some cute photos at this stage, with the little bunny smile. Most babies will have these four teeth by the time they’re a year old, but don’t worry if yours doesn’t. They can still eat pretty well without them, because the teeth are there just inside the gums, so the gums are pretty strong and hard, unlike those of an adult who has lost their teeth. A baby without teeth can happily eat most fruit and veggies, and things like crackers, bread, and pasta.

The outer incisors come next, completing the set of front teeth – four on the top, four on the bottom – and for these it’s more usual for the top ones to appear before the bottom ones. Your baby will probably have all eight front teeth by the age of 16 months. Molars (back teeth) often start growing at the same time, before the front teeth have finished erupting, so be prepared for a double load of teething problems at this age. Babies typically have four molars in place by the time they’re a year and a half old. (They will get four more later, in toddlerhood, and even more when they get their adult teeth.) They should be eating a good variety of solid food by this stage and chewing it themselves, and a full set of molars will help them break down the more challenging kinds of food.

Canines, or corner teeth, come next, usually starting with the top ones. They tend to emerge between 16 and 23 months. Finally, your child will get a second set of molars behind the first ones. Second molars appear between 23 and 33 months, so by this point you child will be a toddler and will hopefully be able to tell you when their gums hurt rather than leaving you to guess.

Your child’s milk teeth will start falling out when they’re about six years old, starting with the front ones, and they will probably have lost them all by the time they’re in their teens.

You can get a soft silicon finger toothbrush which you can use on babies’ gums from the earliest weeks. It’s like a soft thimble which fits over the upper part of your finger, and it’s textured with bumps like soft, short bristles. You can use it to clean your baby’s gums (from milk and from food purees that they’ve started eating before they have teeth), and to rub and massage their gums to soothe teething pain and stimulate the new teeth to erupt. Teething rings are also good at this stage, so your baby can chew and soothe their gums whenever they need to, not just at tooth-brushing time. It’s good to get a ring with lots of different textures around it, because your baby might find some more helpful than others. Some teething rings can be put in the fridge or freezer, so that when your baby is using the ring their gums can be soothed by the cold as well as the texture. If your baby is eating solid foods, you can use chilled foods to help soothe sore gums as well – try cucumber, applesauce or yogurt.

Once your baby has some actual teeth, you might want to move on to something that looks more like an actual toothbrush. Most baby toothbrushes have short, thick handles to make it easier for babies to grip them – sometimes incorporating a teething ring – and you can also get a toothbrush shaped like a penguin or a banana.

If a finger toothbrush or a teething ring isn’t enough to soothe your baby’s teething pain – which is quite likely, to be honest – then you might need some medicinal help. Orajel is a good teething gel, but it’s not recommended for babies under 2, so it will be more use when your child is older and their adult teeth are growing. Alternatively, you can get a more “natural” formulation, such as this Nuby gel. Teething gels are also useful for other mouth problems such as mouth ulcers or sores on the inside of the lips. You can also give a teething baby infant Tylenol, although you should check with a doctor if they’re under 2.

Bring your toddler along with you to dental visits, if the dentist will let you. As long as it’s a checkup rather than, say, a root canal filling or wisdom tooth extraction! The idea is for your child to learn to see the dentist’s as a non-scary place, so that they will be comfortable going for their own dental health checkups. If your dentist will let your toddler sit in the chair themselves, even better – big comfy chairs that go up and down by themselves are fun!

A good way to encourage toddlers to brush their teeth is to brush your own teeth in front of them and let them copy you – because you are your toddler’s hero and they want to be just like you. They won’t get the technique quite right first time, but, in a way, it doesn’t matter, because their baby teeth are expendable and they’ll get new ones. Of course, that’s not a license to ignore tooth care completely in the early years, because cavities are nasty and painful, and tooth decay in milk teeth can even have an effect on adult teeth – but it does mean you can relax a bit and not worry too much about your toddler achieving perfect brushing technique when they first start trying. To help them improve their brushing technique, you can buy model sets of teeth, like you might have seen at the dentist. This will help them understand what the inside of their mouth looks like – because it’s a bit difficult to see in a mirror – and you can use their regular toothbrush to brush the model teeth and show them how to do it.

Disclosing tablets are another useful aid for teaching brushing technique, for older kids. They’re not recommended before the age of about six. Once your kid has given their teeth their usual two-second tickle with the brush and claimed to be done, get them to chew one of these and stain the remaining plaque a bright color, then you can make them carry on brushing until they’ve removed it all. These tablets will catch out deliberately lazy or disobedient kids, but they’re also quite effective for showing well-meaning kids where their brushing technique is falling short. The bright red or blue teeth make an effective visual aid they won’t forget in a hurry.

You can also get a flip-over sand timer with a smiley face on it, to help kids remember to brush for the full 2 minutes. Or you can get toothbrushes with electronic timers built into them – but then you’re paying for a new timer every time you get a new toothbrush.

Many children are reluctant to have their teeth brushed. Don’t assume they’re necessarily being disobedient – it could be a sensory issue. Maybe the brush feels too cold, if it’s been rinsed under the cold tap, or maybe the menthol in the toothpaste is irritating their mouth, or maybe the bristles of the toothbrush are uncomfortably tickly. These kinds of problems are especially likely for kids who are on the autism spectrum or who have sensory processing disorder, but actually most little kids are more sensitive than adults to certain sensory annoyances (just not their own loud yelling). If the brush feels too cold, you could rinse it in warm water before applying toothpaste, or, if the child will cooperate, rest the brush on their tongue for several seconds to warm up before it touches their teeth. If the brush is too tickly, you could try giving them a brief gum massage – you can do it from the outside, through their cheeks – before you start brushing, to desensitize their mouth a bit. And if they find menthol hurts their mouth, or they just don’t like the taste of mint, you can get kids’ toothpaste in flavors like strawberry. 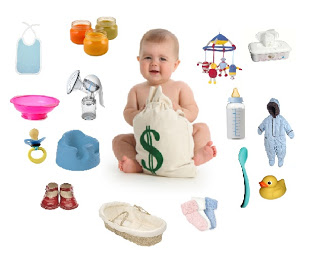