We’ve all heard the mantra “one bottle won’t hurt”. It’s the mating call of the disengaged health professional or well-meaning but ultimately misinformed relative. A study published last year even suggested that giving formula to babies can help relax mothers and increase the length of time they end up breastfeeding (The Telegraph 2013). This was a huge pat on the back for supplementing mommas – and there are plenty of them about. According to the U.S. Centers for Disease Control and Prevention, one-quarter of the babies born in America in 2009 were supplemented with infant formula by two days of age, and by three months, this had increased to nearly two-thirds. With this bottle-centric backdrop it should come as no surprise that when I posted the following meme on Facebook, there was a lot of panties taking residence in buttcracksville: However, as I have explained previously (here), one bottle does in fact hurt. It can cause irrevocable damage to your baby’s immature digestive system. Even with this pertinent truth aside, one bottle is the starting klaxon of bona fide formula feeding. It is akin to putting yourself in a giant hamster ball, standing atop a steep hill, and leaning forward. The La Leche League has issued warnings detailing how small amounts of formula can lead to such entrapment. They say:
“Unnecessary supplements sabotage milk production by reducing milk removal and stretching out feeding intervals. Problems usually start with “just one bottle a day” or “just a few bottles a week,” but the more supplements that are given, the more are needed because milk isn’t made when it isn’t removed. It becomes a slippery slope and bottle feeding eventually seems more convenient or the baby appears to like it better.”
To explain the skinny, it’s time for a patronising mini science lesson: breastmilk contains something called the Feedback Inhibitor of Lactation (FIL). Its function is to reduce production when it seems the milk isn’t needed. The amount of FIL is dependent on the amount of milk in the breast. So, when you give your baby a bottle your milk-making cells will respond by slowing down. And it is surprisingly easy to fall into this trap. Imagine, if you will, that you are exclusively breastfeeding and visit your family doctor for a routine check-up. Your doctor recommends that you switch completely to formula feeding immediately. His rationale is that you deserve a break, and formula feeding would provide this by enabling others to feed the baby, and besides, you’ve breastfed long enough in his opinion. There is no medical justification for having a break but with modern formula being ‘so safe and advanced’ the doctor declares, you’d be foolish not to. Chances are you would refuse. A break would be lovely but it’s not worth surrendering your breastfeeding relationship over. Of course, a few mothers would do it with persuasion, heck, some would even do it without persuasion, but most would tell the doctor where to stick his formula.
Now suppose the doctor lures you along more gradually. Suppose he recommends a minuscule amount, say 2 ounces of formula per day, just to take the edge off your sole feeding responsibility. Two measly ounces can’t hurt and you really could do with an extra 10 minutes to blow dry your hair every morning (plus, seeing your hubby tenderly nourishing your little one would be just soooooo keyyyyyute, a message brought to you by those oh so thoughtful formula companies). So you agree. A few days later, the doctor tells you that as your baby is growing steadily she needs 4 ounces of formula per day to maintain her steady weight gain. Again, he argues that this is such a small and harmless amount. You’ve already given your baby 2 ounces each day and she’s fine. You see no reason why you shouldn’t give her 4 ounces. Then, you say to yourself, 5 ounces isn’t that much more than 4, and for that amount I could even have a shower in peace. A few days later, the doctor informs you that he is thrilled with your baby’s weight gain and instructs you to increase the feed to 6 ounces.

Where do you draw the line? When do you decide enough is enough? Will you keep going to a full bottle a day, two bottles, or even beyond that to complete formula feeding? When mothers are asked in advance how far they imagine they would go, almost no one would say they would go to complete formula feeding. But when they are actually in the situation, the vast majority of mothers go all the way, ditching the breast forever. In my book, aptly titled, ‘Breast Intentions’, I explore how women turn to formula to satisfy internal intentions even moreso than external pressures. If you glance back at the doctor scenario above, you can see how mothers’ expectations and beliefs about what formula will do for them influences the rewards and behaviors associated with its use – thus giving formula an addictive potential. Mothers opt into formula feeding and thus opt out of breastfeeding by justifying each step as they go along. 2 ounces won’t harm; 4 isn’t much worse than 2; if I’ve given 4, why not 6? As they justify each step, they commit themselves further to formula. By the time they are administering a bottle or two, most mothers find it difficult to justify a sudden decision to surrender the bottle.

The easiest time to quit formula is before you start It’s easy for a mother to tell herself that she’s not going to make a habit of using formula. But the easiest time to quit any bad habit is before you start. If you can’t give up the first ounce, you’ll never have it so easy again. Mothers who resist early on, questioning the validity of the doctor’s recommendation, are much less likely to become entrapped (Tavris and Aronson 2007).
Look, I’m telling you this because I’ve learnt the hard way, not because I’m one of those infallible sorts who wouldn’t know a bad habit if it bitchslapped them in the face. I fell into the formula trap with my first child (story here) and clawed myself back out of it. I’ve spoken to countless mothers who dabbled with the bottle only to fight with nipple confusion, diminished supply and the health issues inherent with formula use. And every time, every fricken time people!, they wished they’d never picked up that darn bottle in the first place.
Not all mothers are able to claw themselves out of the formula trap. Through a chain reaction of behaviour and subsequent self-justification they find themselves at a markedly different infant feeding destination to their original aspirations. This is what leads to the dramatic feelings of guilt and despair which choke their mothering experience. In one study for example, the most common reason for weaning at any age was a “perceived lack of supply”. But it was revealed that these early weaners consistently introduced supplemental feedings in the first 2 weeks, whereas those mothers still nursing at 6 weeks gave no supplements at all. If that isn’t enough to convince you to step away from the bottle, I will leave you with some statistical truths:
In a nutshell: the trick of avoiding the formula trap is to be fully aware of it – recognize the potential habit before it has a chance to become established. That way you can take avoiding action, abstaining from buying formula “just in case” and staying clear of those who may attempt to sway you.
Found this post useful? Pin it! 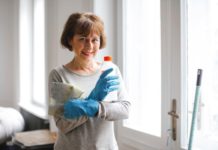